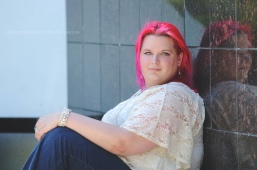 Veganism is often marketed by proponents of the mainstream animal activism movement, as a sure-fire way to shed some pounds. This approach has led to a lot of fatphobic campaigns that have been created by animal rights groups, which have led to the shaming of fat-identified folx and in particular fat identified vegans.

In this segment, Kathleen discusses the challenges that fat-identified individuals face in the vegan community with vegan fat-activist Heather Koyala. Heather has written articles exploring this topic, such as her article “Vegans… I need to talk to you”, in which she has pointed out many weakness in the too often embraced idea that “Vegan = Healthy = Thin” formula. This segment also covers the intersections of fatphobia and other forms of oppression as it is seen in the vegan community.