Animal Voices is your animal liberation radio show broadcasting in St. Catharines, Ontario on CFBU 103.7 FM every Tuesday at 3-4pm, Hamilton, Ontario on CFMU 93.3 FM every Thursday at 12-1pm, and Kitchener/Waterloo, Ontario on SoundFM 100.3FM every Friday 12-1pm.

You can also find us on iTunes.

We have been broadcasting for over 18 years, bringing you stories from marginalized voices. We cover local, national, and international struggles and victories within animal and human liberation movements. Tune in for interviews with a broad spectrum of artists, musicians, activists and academics working toward the liberation of animals, social justice, and environmental health.

Animal Voices strives to map out the animal advocacy scene around the globe and provide a platform to showcase the work of folks resisting patriarchal capitalist domination. Animal Voices engages with the ways that various human social dynamics like race, gender, and class intersect with animal issues, asks questions about other animals’ experiences, and considers other animals’ interests.

In the words of past guest and AIDS and animal rights activist, Steven Simmons, “It’s time for us to end this hierarchy of who has the right to live, who deserves not to suffer, who should be respected — that there’s a limit to the amount of compassion that we can have for our fellow creatures.”

Steven passed away in 1997 but his words remain the foundation for why Animal Voices exists today.

Alaina is an undergraduate student at Brock University, majoring in Sociology. She became involved in animal rights activism through her education in Brock’s unique Critical Animal Studies program, which she later declared a concentration in. She is most interested in work involving interspecies oppression, and would like to conduct future research in her Masters focusing on how animal exploitative practices are reproduced through pedagogy. Alaina is excited to be a part of the Animal Voices team and to work with likeminded individuals in the animal rights and liberation community. In her free time, Alaina enjoys spending time with her canine friends, reading, and cooking vegan meals for her family. 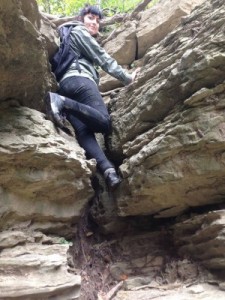 Vic Mucciarone is a working class, white settler, cis woman who is trying to figure out how to contribute to dismantling toxic capitalist and colonial discourses.  Animal Voices is a space where this can occur, where she can have conversations with folks also dedicated to collective liberation of the earth, animals, and humans. To avoid burnout, Vic plays roller derby, reads sci-fi, plays in a doom metal band and runs a vegan hot dog and street fare cart called Rescue Dogs with her partner and hangs with her awesome animal friends.

Having been born and raised in the Niagara Region, Kathleen’s upbringing in a working class community sparked her interest in anti-oppression work, with a particular focus on feminist, queer, and non-human animal issues. Being a firm believer in the idea that many different methods are need to do the work, Kathleen is extremely excited to be a part of Animal Voices team as it provides the medium to explore animal issues through intersectional lens. In her spare time, Kathleen enjoys nerding out over sci-fi and feminist/queer theory books, performing their poetry, and the occasional long nap.

Jaydene fell in love with Hamilton in 2013 and brought her passion for animal advocacy with her. She organizes with an animal liberation collective based in the city that opposes the exploitation of life within the capitalist, colonial system. Most Sundays, she can be spotted serving up hot meals with the local Food not Bombs crew. Jaydene was honored to become a part of the Animal Voices team to help expand the horizons of the animal advocacy community through lessons learned from a diversity of tactics and struggles. In any time she has to spare, she likes to try out new vegan recipes and hit up local music in town to do some serious dancing.

As the producer of Animal Voices, Tayler coordinates shows, produces shows both live and prerecorded, updates the social media pages, and handles show promotion. Tayler has an undergraduate degree in Sociology with a concentration in Social Justice and Equity. While she is not working on the show, Tayler enjoys teaching dance classes, watching drive-in movies, discovering new music, spending quality time with her non-human animal companions, and drooling over vegan treats.

Kevin Tillman has been practicing holistic activism for nearly 10 years. His focus is to achieve decolonization, confronting all forms of oppression, which include and are not limited to abelism, sexism, racism, anthropocentrism, queerphobia, and classism. Kevin is the founder of the vegan hip hop movement, which was created to promote veganism through hip hop and build a bridge between your “average” vegan and other social justice movements inherent in the hip hop culture. 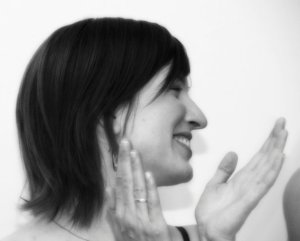 Lauren Corman teaches Critical Animal Studies at Brock University. Her academic research looks at the intersections among feminist, labour, and critical race theories, specifically as they relate to “the question of the animal.” She enjoys good friends, writing, vegan food, books, as well as her bike, Daoism, and inspiring activism. She started co-hosting and co-producing Animal Voices in February 2001.

Dan is thrilled to be a part of the Animal Voices team, considering that it gives him the chance to meet animal rights heroes, both old and new. He has a Bachelor’s degree in Political Science and Sociology with a concentration in Critical Animal Studies, a program he will never be able to say in one breath. Dan is passionate about animal liberation activism and dedicates all of his efforts as an activist to the memory of his canine brother Jimi.

She has a Master’s and a PhD in sociology. As a day job, she does statistical research for the federal government. On the side, she studies vegans, what turned them into vegans, and how weird it can be to be a vegan in an omnivorous world. 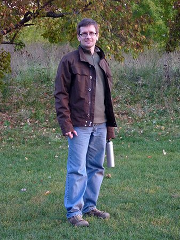 From 2003-2014, Neil worked on the online audio archives and the website. In 2005 he got the show into podcasting. Neil is happy to think that all the great guests on Animal Voices can reach an even wider audience through the archives and podcast. Catherine studied in Critical Sociology at Brock University, a program that prioritizes research that challenges inequality and oppression. Catherine became vegan when she began to recognize points of intersection between contemporary social problems and realized that social equality, animal rights and environmental justice are part of the same project of liberation for all. In addition to dreaming up possibilities for progressive social change, Catherine enjoys cooking vegan meals for her friends and family, trail running and hiking, and afternoon naps with her feline companion, Boots.

Karol first came became aware of animal issues through vegan and vegetarian punk rock bands. The fast music and screamed lyrics were the perfect package to deliver a pro-animal rights message to a young punk from the suburbs who had some vague notion that the world was not what it appeared to be on television.

In the last few years, he has become much more passionate about animal issues, due to a critical mass of information and circumstances that have strongly influenced how he views his ethical responsibilities. Being a regular listener of — and later becoming a volunteer for — Animal Voices, was easily the most important aspect of this shift.

Despite being relatively new to grassroots activism, Steve has spent the majority of his undergraduate academic work studying animal issues, specifically focusing on the burgeoning body of scholarship known as Critical Animal Studies. He is interested in the interrelated subject areas of masculine gender performance and animal exploitation and has received a SSHRC fellowship to study this very intersection of sociological phenomena. Steve studied at Brock University in the MA in Critical Sociology department under his advisor and mentor, Professor John Sorenson. He enjoys spending time with his faithful companion, Roland, theorizing on the conspiracies of the corporate elite and hates writing in the third person.

Rob, seen here jumping off a cliff, pretty much did the same when he joined Animal Voices in September, 2003. Following a degree in fine arts from York University, he decided to graduate from letter-writing animal activist to radio activist when Lauren advertised for a newsperson.

Rob works as a freelance fitness instructor and personal trainer in Toronto.

Lamia, a self-proclaimed gender-queer, strikes a pose outside the CIUT station where she has been a fiercely dedicated technician and Animal Voices DJ since September, 2003. Especially partial to Spearhead and K-OS, she showcases the best animal rights music around. An activist and healer, Lamia brings a deep commitment to human and animal politics to the program, and believes in revolutionary and radical politics.

Levi has recently earned his PhD in Wood Science from the University of Toronto and is now on a much-needed vacation. His input, advice, technological assistance, and on-air presence have helped to make Animal Voices what it is today. He enjoys cycling, canoeing, and vegan jerkey.

Nadja Lubiw-Hazard co-hosted Animal Voices for two years. While practicing as a small animal veterinarian, she provided volunteer vet services for rescued animals through Animal Alliance, the Toronto Cat Rescue and the Toronto Wildlife Centre. She coordinates a chapter of Roots & Shoots, doing humane education work with students aged 6-12, and as a volunteer for Zoocheck she has researched and written reports related to animals in captivity and coordinated the development of a curriculum-based education resource called Let’s Go Wild.

Mirha-Soleil Ross hosted Animal Voices from 1996-2001. A transsexual video maker, performer, sex worker and animal rights activist, she has produced over a dozen videos which have been screened at festivals internationally. Mateřština (co-directed with Mark Karbusicky) won the Marian McMahon Award at the 2004 Images Festival in Toronto. Mirha-Soleil also created Counting Past 2, a multi-disciplinary art festival dedicated to the promotion of work produced by local and international transsexual and transgendered artists.

Ted Grand co-founded Animal Voices in 1996. A co-founder and co-director of Moksha Yoga, Ted has taught yoga for many years, and works to support beginners as well as more experienced students with finding a path to peace through their yoga. (He returned to Animal Voices to speak about yoga in August 2006.) Ted is also a proud husband and father, an organic farmer, and an environmental/social activist.

Susan Hargreaves co-founded Animal Voices in 1996, at the same time that she co-coordinated ARK II, a Toronto-based non-profit animal advocacy organization.  Susan also founded EarthKind, a non-profit humane education organization, was the Director of Humane Education at the Wildlife Care Center in Fort Lauderdale, and is the Director of Education for Caring Fields Animal Sanctuary.  She has received numerous awards for her work in humane education, including the Distinguished Educator Award, presented by international humane education organization Share the World, and the Compassionate Educator Award, presented by Archbishop McKenzie of Toronto.

The Animal Voices logo was created by Rob DiTillio.

The background image on these web pages is from subtlepatterns.com.