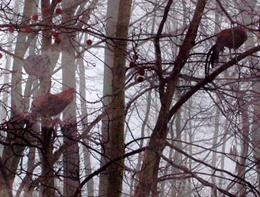 Cockfighting is major news in the United States these days, with almost weekly reports of police raids on the illegal fighting and gambling operations. What happens after the raids, rescue and relocation? On this week’s program, we catch up with Miriam Jones from the Eastern Shore Sanctuary who tells us about the politics and practice of fighting rooster rehab. Though the process can be long and difficult, Jones gives us a clear picture about why it is vital that we don’t give up on animals who have been trained to fight.

“Founded in a rural region dominated by the poultry industry, the Eastern Shore Sanctuary and Education Center provides a haven for hens, roosters and ducks who have escaped or been rescued from the meat and egg industries or other abusive circumstances, such as cockfighting. We work within an ecofeminist understanding of the interconnection of all life and the intersection of all forms of oppression. Thus we welcome and work to facilitate alliances among animal, environmental, and social justice activists.”